Maternal epidural analgesia use during labor and delivery is associated with a small increase in the risk for autism spectrum disorder (ASD) in offspring. However, interpretation of these findings are likely limited by residual confounding with study data not providing strong evidence for the association. These are the results of a Canadian study published in JAMA.

Epidural analgesia has a good safety and efficacy profile for alleviating labor pain more effectively than opioids, but data on the long-term outcomes associated with epidural analgesia is limited. Previous research on epidural analgesia use during labor and delivery and the risk for ASD in children has produced conflicting results. The objective of the current study was to assess detail antenatal care and labor and delivery data tied to ASD diagnoses to determine whether maternal epidurals are associated with ASD risk in offspring in a population-based study.

The hazard ratio (HR) was 1.32 (95% CI, 1.24-1.40) for the association between ASD and exposure to epidural analgesia in the unadjusted analysis. In the fully adjusted analysis that also accounted for induction of labor, gestational age, sex, status of small or large for gestational age at birth, and congenital anomaly, further attenuation was observed (fully adjusted HR, 1.09 [95% CI, 1.00-1.15]).

Study limitations included the observational design, and the important differences that occurred between deliveries in which epidural analgesia was used and not used, especially for variables that suggest a worse prognosis for women exposed to epidural analgesia. In addition, detailed information was lacking for the dose of epidural analgesia to directly address the dose-response relationship.

“Given the likelihood of residual confounding that may account for the results, these findings do not provide strong supporting evidence for this association,” stated the researchers. “Moreover, there was no statistically significant association between epidural analgesia and ASD in the within-mother matched analysis or the sibling cohort.” 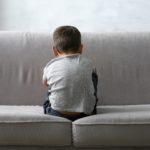 Intranasal Oxytocin Therapy Shows No Benefit for Children With ASD