(HealthDay News) — Taking iron supplements as prescribed may play a role in reducing the risk of having a child with autism spectrum disorder (ASD), according to research published online in the American Journal of Epidemiology.

The study included 520 pairs of mothers and children with ASD and 346 pairs of mothers and typically developing children. All were enrolled in the Childhood Autism Risks from Genetics and the Environment study in California, from 2003 to 2009. The researchers assessed maternal iron intake, including vitamins, breakfast cereals (which are often iron-fortified), and other nutritional supplements during the three months before conception to the end of each mother’s pregnancy, and during breast-feeding. The mother’s daily iron intake was assessed by trained interviewers.

The researchers found that mothers of children with ASD were significantly less likely to have taken iron supplements before and during pregnancy than the other group of mothers. The study authors also discovered that mothers 35 years of age and older who had low iron intake had a five times greater risk of having a child with ASD. Others at that higher level of risk were women with metabolic conditions such as obesity, high blood pressure, or diabetes.

“There are probably multiple causes or risk factors for autism and it may take having several of them to pass the threshold [and develop the disorder]. It may be a combination of risks and susceptibility,” Rebecca Schmidt, PhD, lead study author and assistant professor in the department of public health sciences at the University of California, Davis, told HealthDay. “While the study needs to be replicated, it reinforces the current practice of taking the recommended dose of pregnancy vitamins and folic acid when pregnant.” 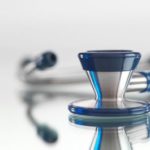