HealthDay News — Prenatal exposure to most medications affecting neurotransmitter systems is not associated with estimates of autism spectrum disorder (ASD) risk, according to a study published online Oct. 31 in JAMA Psychiatry.

Magdalena Janecka, Ph.D., from the Icahn School of Medicine at Mount Sinai in New York City, and colleagues conducted a case-control study involving children born from Jan. 1, 1997, through Dec. 31, 2007, and followed through Jan. 26, 2015. The researchers identified 55 groups of medications affecting neurotransmitter systems that were prescribed to pregnant women in this sample. The analytic sample included 96,249 individuals: 1,405 cases with ASD and 94,844 controls.

The researchers found that in fully adjusted models, five of 34 groups of medications showed nominally statistically significant associations with ASD. There was evidence of confounding effects of the number of maternal diagnoses on the correlation between exposure to medication and ASD. After adjustment for this factor, there were lower estimates of ASD risk among children exposed to cannabinoid receptor agonists, muscarinic receptor 2 agonists, opioid receptor κ and ε agonists, or α2c-adrenergic receptor agonists (hazard ratios, 0.72, 0.49, 0.67, and 0.43, respectively). Higher estimates of ASD risk were seen for exposure to antagonists of neuronal nicotinic acetylcholine receptor α (hazard ratio, 12.94).

“When we assessed the effects of prenatal exposure to medications that affect major neurotransmitter systems, we found that most of the associations are substantially modified when accounting for maternal characteristics,” Janecka said in a statement. 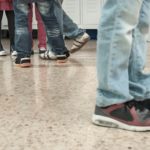