Prenatal vitamin intake during the first month of pregnancy may reduce autism spectrum disorder (ASD) recurrence by half in younger siblings of children diagnosed with ASD, according to findings published in JAMA Psychiatry.

The study cohort included 332 children and 305 mothers enrolled in the Markers of Autism Risk in Babies: Learning Early Signs study from the MIND Institute of the University of California, Davis, California, and were primarily from families receiving services for children with ASD in the California Department of Developmental Services. The study sample included younger siblings at high risk for ASD who were born between December 1, 2006, and June 30, 2015. Data analysis for this study was conducted from January 1, 2017, to December 3, 2018, with a final clinical assessment done within 6 months of the child’s third birthday. Telephone interviews were conducted to assess prenatal vitamin use in mothers during pregnancy.

After exclusions, the final sample comprised 241 younger siblings, of which 140 (58.1%) were boys and 101 (41.9%) were girls, with a mean age of 36.5 (1.6) months. During telephone interviews, 95.9% of the mothers (231) reported taking prenatal vitamins during pregnancy. During the final assessment, children were classified into 1 of 3 clinical outcome groups — ASD, typical development, or nontypical development — according to an algorithm that used Autism Diagnostic Observation Schedule and Mullen Scales of Early Learning scores.

Children in the ASD group had scores that were higher than the Autism Diagnostic Observation Schedule cutoff scores and met the diagnosis criteria for ASD in the Diagnostic and Statistical Manual of Mental Disorders, 5th Edition.

Fifty-five children (22.8%) met the algorithmic criteria for ASD, 60 (24.9%) met the algorithmic criteria for nontypical development, and 126 (52.3%) met the criteria for typical development. The prevalence of ASD was 14.1% in children whose mothers took prenatal vitamins in the first month of pregnancy vs 32.7% in children whose mothers did not. Children whose mothers reported taking prenatal vitamins during the first month of pregnancy were less likely to receive an ASD diagnosis (adjusted relative risk, 0.50; 95% CI, 0.30-0.81). This group also had statistically significantly lower autism symptom severity (adjusted estimated difference, –0.60; 95% CI, –0.97 to –0.23) and higher cognitive scores (adjusted estimated difference, 7.1; 95% CI, 1.2-13.1). Adhering to a prenatal vitamin regime did not reduce the risk for nontypical development 36-month outcome (adjusted relative risk, 1.14; 95% CI, 0.75-1.75).

The study was limited by sample size and potential confounding issues, for example, that prenatal vitamin use before pregnancy is associated with other health-conscious behaviors that could also decrease ASD risk for a child.

Future work should examine the wider role nutrients serve in risk reduction, looking at supplements as well as at food sources and quality of diet overall. 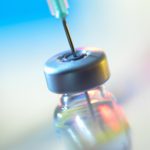 MMR Vaccine Not Linked to Autism in Danish Cohort Study