Approximately 40% of women with epilepsy experience increased seizure activity in connection to certain points in the menstrual cycle, including just before and during the menstrual period, at the time of ovulation, and during the luteal phase. This condition is known as catamenial epilepsy. Proposed mechanisms include fluctuations in progesterone levels in the perimenstrual and luteal phases and a surge in estrogen before ovulation, although further work is needed to elucidate the underlying pathophysiology.1

In suspected cases, the diagnostic process involves charting of seizures and menstrual cycles for at least two 28-day cycles. A 2-fold or greater increase in seizure frequency during 1 of the 3 timepoints in the cycle is affirmative for a diagnosis of catamenial epilepsy.2,3

As standard antiepileptic drugs generally do not affect seizure activity in catamenial epilepsy, it is important for physicians to understand the range of therapies used to treat these patients.3 To date, studies on the efficacy of various agents used to treat this condition have shown mixed results overall.1

“Current treatment strategies include natural progesterone; however, a randomized controlled trial of Prometrium in pregnancy was stopped due to futility,” said Jaqueline A. French, MD, professor in the department of neurology at NYU Grossman School of Medicine and founder and director of The Epilepsy Study Consortium.4 “Subsequent post-hoc analyses suggested that a subset of women with particular catamenial patterns might benefit, but a recent Cochrane review concluded that there was no evidence to support an effect.”4,1

The authors of the review stated that their conclusions were based on low-to-moderate certainty due to risk of bias and noted the dearth of literature regarding this topic.1 Dr French explained that catamenial epilepsy is difficult to study due to its highly complex and variable nature.

Additionally, there has “recently been a significant discovery – namely, that both men and women tend to have seizure cycling that often centers around a 25-30 day cycle, and this multidien cycling is present in equal frequency among men and women,” she said.5 “This raises the question of whether some women who believe that epilepsy is tied to their menstrual cycle may just be experiencing multidien cycling, and hormonal therapy would therefore not be effective.” Among the many research gaps in this area, this possibility warrants further investigation.

For an in-depth discussion regarding current treatment strategies and other clinical considerations for catamenial epilepsy, we interviewed Andrew G. Herzog, MD, MSc, professor of neurology at Harvard Medical School and director of the Harvard Neuroendocrine Unit at Beth Israel Deaconess Medical Center in Boston. (Part 2 of this series will feature an interview with an expert in obstetrics and gynecology.)

What are the proposed mechanisms underlying catamenial epilepsy?

Dr Herzog: A number of reproductive hormones including the 2 major regulators of the menstrual cycle, estradiol and progesterone, are neuroactive steroids that modulate neuronal excitability, seizure thresholds, and the occurrence of seizures. Estradiol generally exerts a neuroexcitatory effect whereas progesterone, acting principally through its reduced metabolite allopregnanolone, is neuroinhibitory.

Allopregnanolone is a potent positive allosteric modulator of the GABAA receptor. The current theory is that the rapid premenstrual withdrawal of progesterone, and hence allopregnanolone, may be an important factor for premenstrual seizure exacerbation, whereas the pre-ovulatory surge of estradiol may be a trigger for a mid-cycle increase in seizures.

The rapid premenstrual withdrawal of progesterone not only leads to the rapid withdrawal of the potent GABAergic ligand allopregnanolone, but also changes the subunit composition of the GABAA receptor to a form that is insensitive to benzodiazepines and less sensitive to GABA itself.

The proconvulsant effects of estradiol on seizures and epileptogenesis are less well-defined and may involve both short latency effects (seconds to minutes) on synaptic neurotransmission as well as long latency effects (hours to days) on dendritic and synaptic structure in the limbic system.

What are the patterns of catamenial epilepsy?

Dr Herzog: There are 3 patterns of catamenial epilepsy: C1 pattern with perimenstrual seizure exacerbation (day -3 to +3), with day 1 being the first day of menstrual flow), C2 pattern with mid-cycle exacerbation (day 10 to -13, with day -14 being the day of ovulation for most women), and C3 pattern (day 10 to day 3, which occurs mostly in anovulatory cycles which feature high estradiol/progesterone serum concentration ratios throughout the days of the second half of the menstrual cycle.6,7

Oral synthetic progestins have not been found to reduce seizures. There is phase III clinical trial evidence, however, that add-on bioidentical progesterone supplement during the second half of the menstrual cycle, with gradual taper premenstrually, may be more effective than add-on placebo in the subset of women with the C1 pattern of catamenial epilepsy. Efficacy was demonstrated in terms of both the proportion of women with epilepsy who had a 50% or greater reduction in seizure frequency and the overall reduction in seizure frequency.8,6

What are the current treatment strategies, and are there any emerging treatments?

Dr Herzog: In terms of emerging treatments, synthetic analogs of allopregnanolone have not been found to be superior to placebo in phase III trials for women with epilepsy of reproductive age in general (ganaxolone) or for super-refractory status epilepticus (brexanolone). These trials, however, did not have sub-analyses to detect efficacy in the subset of hormonally susceptible individuals such as women with epilepsy with perimenstrually-exacerbated seizures.

Cycle suppression therapy using depomedroxyprogesterone or depot GnRH analogue plus stable balanced bioidentical HRT may provide a strategy for management of mid-cycle as well as perimenstrual seizure exacerbations, but this requires further study.6

Non-hormonally, there is a small study (n=18) suggesting some possible benefit of cyclic 10-day perimenstrual treatment with clobazam.9

In regards to balancing treatment against its effects on fertility, menstrual cycle, bone health, and cardiovascular health, what are some recommendations for clinicians?

Dr Herzog: Cyclic bioidentical progesterone supplement has not been found to have adverse effects on fertility, menstrual cycle, or bone health. In fact, progesterone cycling is an accepted method to regulate menstrual cycles and may improve fertility in women who have inadequate luteal phase cycles. It is not known to adversely affect bone health since cyclic physiological range dosage of progesterone does not suppress estradiol levels.

Although “drug inserts” for commercially available bioidentical progesterone supplements usually cite the same potential cardiovascular adverse effects as for use of oral contraceptive pills and synthetic progestins, there is very little supportive evidence for these effects.

Why is research on this topic is so scant?

Dr Herzog: Research on this topic may be scant for several reasons: neurologists often have limited familiarity, experience, and comfort with reproductive endocrine issues related to menstrual disorders, regulation of menstrual cycles, and hormonal treatment. Second, gynecologists generally have little familiarity and experience with the impact of hormones on seizures in women with epilepsy (who may make up a very small portion of gynecology practice) and with some antiepileptic drug interactions. And lastly, earlier catamenial epilepsy research yielded discordant results that were quite confusing. There was no standard definition for the designation of catamenial epilepsy or recognition of the various patterns.

What can help improve the standard of care for catamenial epilepsy?

Dr Herzog: The standard of care might benefit from inclusion of the day of onset of menses on seizure calendars in order to recognize catamenial patterns of seizure occurrence, along with recognition of the role of menstrual disorders on seizures. Irregular cycles, heavy menstrual bleeding, or irregular bleeding may suggest estrogen-dominant or inadequate luteal phase cycles which may play a role in seizure exacerbation.

In addition, routine hormonal testing in women with epilepsy who have menstrual disorders that looks for evidence of hypothyroidism, elevated testosterone (indicating polycystic ovary syndrome), or other endocrine findings that may exacerbate seizures would be helpful as would further studies on the role of bioidentical progesterone and synthetic allopregnanolone analogs in the treatment of intractable seizures in the subset of hormonally susceptible women with epilepsy. 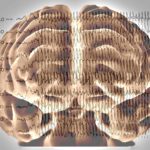