Improvement in naming assessment may rely on the addition of auditory naming in children with unilateral epilepsy, particularly by including response time into performance measures and reducing the influence of vocabulary. These findings were published in a recent edition of Neurology.

Limitations of the study included its small sample size and the inclusion of children with left and right hemisphere epilepsy who were relatively similar in age.

“In the context of epilepsy surgery,” the study investigators concluded, “results suggest that these children’s naming tests promise utility in lateralization of dysfunction associated with the region of seizure onset.” 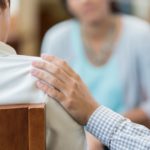