A combination of vigabatrin and hormone therapy may be significantly more effective for treatment of infantile spasms than hormone therapy alone, according to trial results published in The Lancet Neurology.

Across multiple medical centers in Europe and Australia, 377 infants with a clinical diagnosis of infantile spasms were enrolled in an open-label trial and randomly assigned to one of 2 groups. The first group received hormone therapy with vigabatrin, and the second group received hormone therapy alone. A parallel study examined the type of hormone therapy used to treat the study participants. Minimum doses studied were 10 mg of prednisolone 4 times per day or intramuscular tetracosactide depot 0.5 mg (40 IU) administered on alternate days with or without vigabatrin 100 mg/kg per day.

The researchers concluded that “hormonal therapy with vigabatrin (combination therapy) compared with hormonal therapy alone was associated with more infants achieving the primary outcome of spasm cessation between days 14 and 42 of treatment.” However, they caution that because hormone therapy was not randomized, results for hormone type should be interpreted with care.

Disclosures: A study author declares receiving a grant from BRONNER-BENDER Stiftung, a funding source, during the course of this study. Please refer to the reference for a full list of authors’ disclosures. 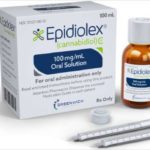