Sodium valproate (SVP) and levetiracetam (LEV) demonstrated comparable efficacy for managing generalized convulsive status epilepticus (GCSE) in a study cohort of elderly patients initially treated with lorazepam. Because of the similar efficacy between the drugs, the findings suggest an individualized approach should be used when treating patients with GCSE with an anti-epileptic drug (AED). The study was published in a new edition of Seizure.

Researchers from a tertiary care university teaching hospital in south India enrolled a total of 118 elderly patients with GCSE, defined as continuous generalized convulsive seizures for >5 minutes or ≥2 sequential seizures without consciousness recovery between seizure occurrences.

Patients had initially received intravenous lorazepam (0.1 mg/kg). Investigators randomly assigned patients to either parenteral SVP at 20-25 mg/kg (n=50) or LEV at 20-25 mg/kg (n=50). Patients who did not achieve control of status epilepticus (SE) with the initial AED were eligible to cross over to the other studied AED.

Lorazepam as well as SVP or LEV was effective for controlling SE in 71.18% of patients. The 2 groups (SVP and LEV) demonstrated no difference in terms of seizure control in the intention-to-treat (68.3% vs 74.1%, respectively; P =.486].

In the final cohort, approximately 76% and 86% of patients achieved seizure control in the SVP and LEV groups, respectively (P =.202). An additional 50% of patients who crossed over to a second AED were able to control SE in the SVP (+LEV) group vs 14.3% of patients in the LEV (+SVP) group.

Seizure control was accomplished in 77.1% of the overall population after taking a second AED. Patients with higher STESS trended toward having poorer therapeutic response (P =.049), making STESS a potential prognostic indicator for this patient population.

Limitations of the study included the small patient cohort, the inclusion of patients attending only one center, and the lack of data on serum AED levels.

According to the findings, the researchers believe clinicians “can choose any of the two parenteral AEDs following initial lorazepam in the management of elderly SE.” 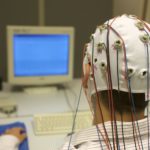