An association exists between the duration of ictal and postictal hypoxemia and potentially high-risk cardiac arrhythmias (PHAs) following generalized tonic-clonic seizures (GTCSs) or focal to bilateral tonic-clonic seizures (FBTCSs) in epileptic patients admitted to the epilepsy monitoring unit (EMU), according to study findings published in Epilepsia.

Investigators evaluated electrocardiographic (EKG) and pulse oximetry (SpO2) data from 69 patients admitted to the EMU who experienced a total of 182 GTCSs/FBTCSs. The researchers defined PHAs as nonsustained ventricular tachycardia, sinus pauses, and/or bradyarrhythmia. A total of 10 patients with a PHA experienced 10 GTCSs/FBTCSs.

A total of 4 patients experienced focal seizures featured ictal/postictal PHAs but no preictal PHAs. Overall, ictal and postictal arrhythmias were present in patients with focal seizures that did not turn into FBTCSs.

The use of a single precordial EKG channel for collecting data in this analysis restricted the availability of a larger dataset. In addition, the investigators suggest that muscle and movement artifacts that occurred during convulsions reduced the accuracy in identifying some arrhythmias.

Based on the findings, the researchers suggest that gene mutations “associated with cardiac arrhythmias, such as those with long QT syndrome and others, may be especially sensitive to ictal hypoxic events” and ultimately result in sudden unexpected death in epilepsy. 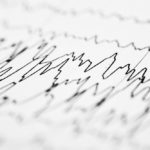