Specific periodic and rhythmic patterns on electroencephalography (EEGs) suggest a higher risk of seizures in critically ill patients, according to a large retrospective study by Ruiz and colleagues recently published in JAMA Neurology.1 Investigators from multiple international locations evaluated EEG data collected consecutively from 4772 critically ill patients (2868 men, 1904 women) at Brigham and Women’s Hospital, Yale University Hospital, and Emory University Hospital from February 2013 to September 2015. A total of 5742 sessions averaging 12 hours each were recorded, with apparent seizures occurring during 719 sessions, of which 530 (74%) also recorded periodic/rhythmic patterns.

Lateralized periodic discharges (LPDs), in particular, were associated with a significant risk of seizure across all frequencies tested, including <1.5 Hz, 1.5 to <2.0 Hz, ≥2.0 Hz, and “frequency not recorded.”  The correlation of LPDs to seizure risk was increased by 58% with the added presence of Plus modifiers (including superimposed fast or rhythmic delta activity for periodic discharges and superimposed fast activity or frequent intermixed sharp waves or spikes for rhythmic activity, both generally accepted to render patterns as more ictal appearing than usual2) and with higher pattern prevalence.

Other patterns, including lateralized rhythmic delta activity (LRDA) and generalized periodic discharges (GPDs), indicated a greater risk with Plus modifiers that increased with higher frequencies, and the authors noted a positive correlation between higher GPD and LPD prevalence and the incidence of seizures that was not present for the other patterns. They also reported that bilateral periodic independent discharges (BIPDs) with Plus trended toward an association with increased seizure activity that was not specifically categorized.

One of the findings of this study confirmed implications from previous research3 of no association between generalized rhythmic delta activity (GRDA) and seizure activity. Stimulus-induced patterns, likewise, were not associated with increased risk of seizures.

The distinctive correlations between LRDA, GPD, and LPD patterns and seizure risk — and the equally distinctive lack of correlation to GRDA — within the critical care population studied here pointed to careful monitoring of these patterns as a useful way of stratifying seizure risk in these patients. The authors suggested a need for standardizing the terminology and descriptions of each in order to more aggressively treat patients with higher potential for seizures. In an accompanying editorial, Krish and Bazil4 added that these findings may support the use of anticonvulsant therapy in patients with LPD, GPD, and LRDA patterns with Plus modifiers that correlate most highly to seizures, and certainly “paves the way for much needed large multicenter studies of [continuous] EEG.” Those future studies, they reported, can identify the improvement in outcomes from preventive anticonvulsant therapy, and at which level these therapies should be implemented. 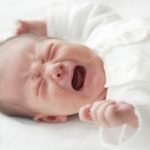