Surgery for drug-resistant epilepsy improved psychopathologic alterations and psychiatric functioning, according to a study published in Epilepsia.

Patients with epilepsy refractory to medical treatment often have co-existing psychiatric disorders. “The prevalence of psychiatric disorders in epileptic patients is high,” Sònia Ramos-Perdigués, MD, of Can Misses Hospital in Spain, said in an interview with Neurology Advisor. “Psychiatric disturbances have a negative influence on quality of life, even independent of seizures.”

“The present knowledge about the effects of epilepsy surgery on psychiatric disturbances is controversial, and current evidence does not clarify whether surgery promotes or ameliorates psychopathology,” she noted. “Epilepsy patients with a history of psychiatric disorders may be concerned about the potential effect of surgery on their mental condition. As a result, some patients and physicians might have been reluctant to utilize surgery for refractory epilepsy, for fear of worsening emotional suffering.”

To evaluate the relationship between epilepsy surgery and psychiatric disorders, Dr Ramos-Perdigués and colleagues examined the outcomes of patients undergoing surgery for medically refractory epilepsy in a case-control study. Baseline psychiatric evaluations were performed using assessment tools, such as the Wechsler Adult Intelligence Scale and Hospital Anxiety and Depression Scale, and were compared with repeat evaluations 6 months after surgery.

A total of 85 surgical patients and 68 control patients not eligible for surgery were included in the analysis. The overall prevalence of at least one Diagnostic and Statistical Manual of Mental Disorders, 4th edition Axis I diagnosis was 38%. At 6-month follow-up, the number of seizure crises per month was significantly lower in the surgery group than in the control group (P = .004).

The perception of distress significantly improved in the surgery group, as did several measures of psychopathologic alterations, including somatization and paranoid ideation. Symptoms of depression and anxiety also decreased after surgery.

Psychiatric improvements at 6 months were not observed in patients receiving medical treatment only, who actually reported increased anxiety levels.

At 6 months, significantly fewer de novo psychiatric disturbances were reported in the surgery group than in the medication-only group. In addition, the proportion of patients in the surgery group achieving remission of depression and anxiety was double that of the control group.

“Epilepsy surgery did not worsen psychiatric disturbances, which were actually decreased only in the surgery group. Surgery can improve refractory seizures as well as psychopathological problems,” Dr Ramos-Perdigués said. “The results of this study suggest that surgery for refractory epilepsy may provide additional benefit in patients with a psychiatric history and should be considered in this population.”

This study was funded by the Fondo de Investigación Sanitaria PI040418 (Spain). The authors report no relevant disclosures. 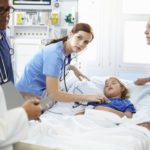