New data further supports the rationale that epilepsy surgery be considered early on for patients with treatment-resistant epilepsy. The study, which explored mortality rate after epilepsy surgery, was published in Neurology.

Michael R. Sperling, MD, of the Jefferson Comprehensive Epilepsy Center at Thomas Jefferson University in Philadelphia, and colleagues evaluated a total of 1110 patients from 1986 to 2013 who were treated both with (n=1006) and without (n=104) surgery. Patients were grouped based on surgery type and seizure status, and patient deaths were tracked through database and Social Security Death Index query.

The results indicate that epilepsy surgery is beneficial in terms of mortality rate in patients with refractory epilepsy, regardless of whether seizures are eliminated or significantly reduced. This evidence supports the notion that these patients be considered for epilepsy surgery early on in treatment. 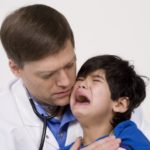