The Food and Drug Administration (FDA) has approved MRI labeling for the RNS® System (NeuroPace), a closed-loop brain-responsive neurostimulation system indicated as adjunctive therapy to reduce the frequency of seizures in adults with partial onset seizures who have undergone diagnostic testing that localized no more than 2 epileptogenic foci, are refractory to 2 or more antiepileptic medications, and currently have frequent and disabling seizures (motor partial seizures, complex partial seizures and / or secondarily generalized seizures).

With this approval, an MRI scan may be safely performed on patients with the RNS-320 neurostimulator model under the specific conditions of safe use detailed in the MRI Guidelines for the RNS System, providing an additional option for patients with focal onset seizures with brain anomalies that require frequent monitoring (ie, patients with tuberous sclerosis, brain tumors, and multiple sclerosis).

“MRI conditional labeling opens up valuable medical imaging possibilities for our patients treated with the model RNS-320 neurostimulator, who can now receive full-body 1.5T magnetic resonance imaging scans under appropriate conditions,” said Michael Favet, President and CEO of NeuroPace. “I’m pleased that we have removed a potential barrier to treatment and increased the number of patients who can benefit from this life-changing therapy.”

The RNS System consists of a small neurostimulator that is surgically implanted into the skull, delivering an electrical stimulation to the brain via leads when abnormal activity is detected. Any external components of the RNS system, such as the magnet, RNS® tablet, NeuroPace® programmer, NeuroPace® Remote Monitor, and wand, are unsafe for MRI scans. In addition, the RNS-300M model is considered unsafe for MRI scans and may result in serious injury or possible death if an MRI scan is performed. 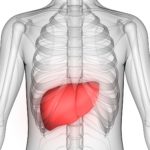 Hepatic Exacerbation and Risk for Hospitalization for Epilepsy, Status Epilepticus