Hypertension is associated with 2-2.5-fold increased risk of developing late-onset epilepsy (LOE) in older age, according to study findings published in Epilepsia.

Following stroke and dementia, epilepsy is the third most common neurologic condition that affects older adults. The incidence and prevalence of LOE is projected to increase alongside an increasing aging population. Yet, in 32%-48% of LOE cases, the causes are unknown. Previous research speculates an association exists between vascular risk factors and LOE.

The objective of the current study was to investigate the role of modifiable vascular risk factors as predictors of incident epilepsy in a cohort study of older individuals.

Data for this study were soured from the ongoing Offspring Cohort of the Framingham Heart Study (FHS) which began in 1948. Participants (N=2986) who attended the follow-up exam in 1991-1995 and were 45 years of age or older were assessed for late-onset epilepsy and vascular risk factors via a medical chart review.

A total of 26 definite, 15 probable, and 14 suspected cases of incident epilepsy were identified during an average follow-up period of 19.2 years.

Removing individuals from the analysis who were receiving antihypertension treatment resulted in an even stronger relationship between hypertension and epilepsy (HR, 2.44; 95% CI, 1.36-4.35; P =.003).

This study was limited by the lack of diversity among the FHS population which was primarily White. These findings may not be generalizable.

“The importance of our findings, along with those from similar cohorts, is that there appears to be reproducible evidence from prospectively collected data that a modifiable, highly prevalent among the elderly, [vascular risk factor] VRF-like hypertension may indeed be an independent predictor of LOE, further extending our understanding of the epidemiology of this condition,” the researchers concluded.

Hypertension is a highly prevalent vascular risk factor present among the general population and is potentially modifiable, indicating this risk may be mitigated by hypertension-targeted interventions. 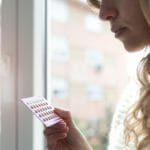 Catamenial Epilepsy Treatment Approaches: What a Gynecologist Needs You to Know