The modified Atkins diet (MAD) may be an effective treatment in monoclonic astatic epilepsy (MAE) or Doose syndrome, a rare form of pediatric epilepsy that is often refractory to drug therapy, according to the results of a new study reported in Epilepsia.1 The diet was more than 50% effective in reducing seizure activity in 83% of participants, and 47% achieved complete seizure freedom.

Adelheid Wiemer-Kruel, MD, of the Epilepsy Centre Kork in Kehl-Kork, Germany, and colleagues retrospectively analyzed data from 30 children (24 boys, 6 girls, median age, 4.5 years at treatment initation) diagnosed with MAE and treated with the MAD between February 2007 and June 2015. All participants except for one had daily seizures of various types, including myoclonic-atonic (n=17), myoclonic seizures without falling (n=8), generalized tonic-clonic seizures (n=14), atypical absence seizures (n=5), and tonic seizures (n=2).

Most participants had failed to achieve adequate response to multiple antiepileptic drugs (AEDs) alone prior to starting MAD therapy. The mean number of AEDs taken by patients who went on to become seizure-free after MAD was 5.9, while patients who continued to have seizures had taken a mean of 6.5 AEDs, demonstrating that diet efficacy was higher in children with less AED-resistant epilepsy of shorter duration.

The initial efficacy of 83% was largely maintained at 12 months with a total response rate (>50% reduction in seizures) of 80% among MAD users, which was consistent with earlier studies of the ketogenic diet (KD) for MAE.2-5 The investigators reported challenges to adherence to the strict caloric requirements of the ketogenic diet, particularly among young, preschool-age children, and they found that the less restrictive MAD provided a more acceptable alternative in children and their families who monitored their eating.6

“Toddlers are always very choosy for their food, so the modified Atkins Diet is a good choice for families with a child suffering from a Doose syndrome, as shown by our study: less restrictive than the classical ketogenic diet, easier to calculate, to cook, and having an optimal responder rate regarding seizure reduction as well,” Dr Wiemer-Kruel told Neurology Advisor.

The efficacy of MAD was nearly equal to the ketogenic diet and better tolerated.7-9 In addition, the investigators found no negative impact with the continued use of AEDs while on the diet, and recommended the combination of MAD with first-line AEDs, including valproate, lamotrigine, and ethosuximide, for improved seizure control.

Diet and Nutrition Epilepsy Seizure Disorders
Next post in Epilepsy 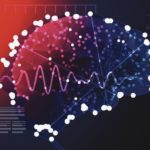 Cortical Excitability Tied to Duration and Degree of Seizure Control