Results of a study published in JAMA Neurology1 may be the first step in moving the treatment threshold for periodic discharges (PDs) on electroencephalographs (EEGs) that do not meet the current criteria for seizures.

Recent increases in the use of continuous EEG in intensive care units (ICUs) has revealed a frequent phenomenon (reported previously in a range of 17% to 40% of neurology ICU patients)2-4 of PDs that are of unclear clinical significance, resulting in confusion about whether or not they should be treated.

Investigators from Columbia University led by Jens Witsch, MD, reported that the data collected from 26 male and 64 female comatose patients (mean age= 55 years) who were continuously monitored on EEG recordings indicated potential damage to brain tissue related to the frequency of PDs observed on the recordings. They found that compensatory increases in cerebral blood flow (CBF) occurred in response to PDs in a manner similar to seizures. In patients in whom PDs occurred at a higher frequency (>2 per second), CBF appeared to be inadequate to meet the demand for oxygen, which was consequently decreased, producing brain tissue hypoxia.

Whether a causal relationship existed between brain hypoxia and PDs was beyond the scope of this study, which the researchers determined pointed to a need for further investigation on a larger scale, as well as clinical trials to evaluate the benefits of treatment in neurology ICU patients. What was important, they suggested, was that a clear frequency threshold of PDs was established when patterns of increased CBF accompanied by reduced tissue oxygenation in the brain resembled EEG seizures.

The investigators did examine the influence of the timing of PDs and identified a window of 5 minutes before the onset of high frequency PDs of at least 2.0 Hz when brain tissue oxygen tension (PbtO2) values began to change.

In an accompanying editorial, Brian D. Mosely, MD, pointed to the significance of this study in identifying the potential clinical significance of EEG discharge patterns that are often regarded as unimportant. “The findings of reduced PbtO2 in association with PDs suggests that such waveforms may be associated with a risk for cerebral damage and ultimately worthy of treatment,” he wrote.

Discharge frequency and the “fundamental characteristic that allows discrimination between harmful and likely benign PDs” were identified, the investigators concluded, suggesting that patients with high frequency PDs would benefit from antiseizure therapy. Although this study alone does not provide enough evidence to warrant changes to clinical practice, it does provide the rationale for future intervention trials. 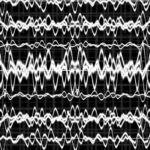