HealthDay News — Using levetiracetam or topiramate during pregnancy doesn’t appear to harm the child’s future cognitive abilities, according to a study published in Neurology.

Rebecca Bromley, PhD, a research fellow at the Institute for Human Development at the University of Manchester, and colleagues used the UK Epilepsy and Pregnancy Register to identify 171 women with epilepsy who had a child between 5 and 9 years old. During their pregnancy, 42 of the women took levetiracetam, 27 took topiramate, and 47 took valproate. The authors compared these women with 55 women who had untreated epilepsy. The children had their IQ measured and completed tests on verbal and nonverbal comprehension and visual-processing speed.

The researchers found that children of women who took levetiracetam or topiramate did not have impaired cognitive abilities compared with children of mothers who did not take these drugs, no matter what dose was taken. Increasing levels of valproate, however, were associated with impaired cognitive abilities, with poorer performance for children exposed to higher doses of valproate in comparison to children exposed to higher doses of levetiracetam or topiramate.

“Preconception counseling should include discussion of neurodevelopmental outcomes for specific treatments and their doses and women should be made aware of the limited nature of the evidence base for newer antiepileptic drugs,” the authors write. 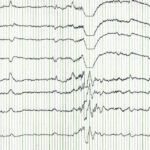