Theiler murine encephalomyelitis virus (TMEV) infection leads to significant alteration in gut microbiome, including loss of S-equol-producing bacteria, highlighting the role of this metabolite and the gut-brain axis in virus-induced seizures, according to study results published in Epilepsia.

Previous studies suggested the gut-brain axis may be a potential therapeutic target in patients with epilepsy. The current study focused on gut microbiome alterations in TMEV-induced seizures and investigated the role of S-equol, a metabolite produced exclusively by the metabolism of soy isoflavones by the gut microbiome and has neuroprotective features against glutamate excitotoxicity.

While there was no difference between the groups in gut microbiome alpha diversity richness, TMEV infection was associated with significant beta diversity after 5 to 7 days postinfection.

Assessment of which taxonomies were altered in TMEV-infected mice revealed there was no difference in Firmicutes/Bacteroidetes ratio across any experimental group, but mice infected with TMEV displayed lower abundances of Allobaculum, regardless of seizure type.

Analysis to determine the association between seizure phenotype and gut microbiome alterations revealed that Lactobacillus in class Bacilli and Streptococcaceae bacterium RF32 may be potential biomarkers of seizure phenotype following TMEV infection.

In contrast, study researchers identified phyla Tenericutes, classes Bacteroidia and Mollicutes, and genera Roseburia, Anaeroplasma, Ruminococcus, and Adlercreutzia as biomarkers of TMEV-infected mice that did not develop acute seizures.

One of the limitations of the current study was that no directional link could be drawn between TMEV-induced seizures and the microbiome alterations shown after 5 to 7 days of TMEV infection. 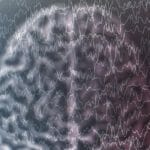