The diagnostic use of the peak-to-nadir long exercise test (LET) for confirmation of periodic paralysis (PP) has been endorsed, according to the results of a retrospective cohort study approved by the University of Rochester Medical Center. Study results were published in Muscle Nerve.

The investigators sought to determine the optimal LET methodology and normal cutoff values to use when establishing a diagnosis of PP as values are known to vary. They reviewed LET data — abductor digiti minimi motor response amplitude area — from a total of 55 patients with PP (with 32 of the diagnoses genetically definite) and 125 control participants. Receiver operating characteristic curves were generated and area under the curve (AUC) was calculated in order to compare (1) peak-to-nadir vs baseline-to-nadir methodologies and (2) amplitude vs area decrements. Bayesian principles were used to calculate optimal cutoff values that attained 95% posttest probability of PP for a number of pretest probabilities (PreTPs).

According to the study findings, the area under the curve was highest for peak-to-nadir methodology and was equal for amplitude and area decrements. With respect to PreTP 50% or lower, the optimal peak-to-nadir decrement cutoffs were >40% (amplitude) or >50% (area).

The investigators concluded that for confirmation of PP, the data derived from this study support peak-to-nadir LET as a diagnostic tool with the use of 40% amplitude or 50% area decrement cutoffs for PreTP 50% or lower.

A major limitation of the study was selection of participants from a rare group of individuals, many of whom were referred to the testing center specifically for the assessment of PP. Thus, the results were not representative of a random sample and may not be generalizable to the overall population. Moreover, the methods used in the current study did not account for sample size criteria determinations recommended for Bayesian analyses of diagnostic tests. 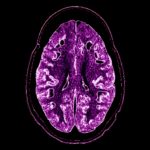