At the forthcoming American Academy of Neurology’s 67th Annual Meeting in Washington, DC, in April, researchers from the University of California-San Francisco will present results from a study that suggests different brain processes are at work in preteens who are open to experimenting and exploring new things, compared with their more reticent peers.

Study author Dr. Andrew Kayser, who is a member of the American Academy of Neurology, says that “the beginning of adolescence is associated with seeking new experiences and increasing exploratory behaviors,” but that little research has been conducted to measure that increase, or examine what processes are involved in this experience-seeking behavior.

“Studies with adults have begun to look at individual differences in willingness to seek new experiences,” says Kayser, “and some studies have tied willingness to explore with an area of the brain called the rostrolateral prefrontal cortex, which is responsible for higher level decision making.” 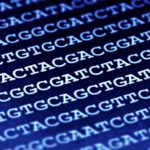