Daily consumption of vegetables, fruits, and orange juice over the course of 20 years is associated with a reduced likelihood of poor subjective cognitive function (SCF) outcomes in middle-aged and senior men, according to study results published in Neurology.

A total of 27,842 men with a mean age of 51 years who entered the study in 1986 were enrolled in the analysis. At time of enrollment, participants answered a comprehensive dietary survey. Food frequency questionnaires, regarding 24 vegetable items, 13 fruit items, and 5 fruit juice items, were administered and collected every 4 years until 2002. Investigators assessed SCF scores twice, in 2008 and 2012, with a 6-item questionnaire. Scores for both assessments were averaged as good, moderate, and poor.

The inclusion of only men in the study represented a study limitation that may reduce the generalizability of the findings across female individuals. 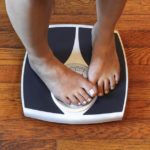