Brain death is recognized in all 50 of the United States as legally equivalent to death determined the traditional way — by demonstrating that breathing and blood circulation have stopped. Because “brain dead” is legally the same thing as “dead,” there is no legal obligation to continue interventions that sustain respiration or circulation. Also, because the brain-dead patient is dead, he or she can be considered a candidate for donation of vital organs, and organs can be procured without first determining death by cardiorespiratory criteria.

In two states — New York and New Jersey — there are limited exceptions described in brain death policies and statutes, for patients with religious commitments that conflict with the concept of brain death.

Although brain death is legally recognized as death throughout the United States, some controversy persists regarding the philosophical coherence and defensibility of the claim that the brain dead patient is really dead.3 Despite this controversy, the legal and policy status of brain death appears robust. There are no major professional medical societies with policies that do not recognize brain death as equivalent to death by cardiorespiratory criteria.

To satisfy brain death criteria, a patient must have suffered a known and demonstrably irreversible brain injury and must not have a condition that could render neurologic testing unreliable (e.g. drug intoxication, severe metabolic derangements, hypothermia). If these prerequisites are satisfied, a formal brain death examination can be performed. The brain death examination is positive if the patient is shown to be unresponsive, lacking brainstem reflexes, and apneic.1 [see table]

Use of Ancillary Tests

When there is question about the reliability of parts of the neurologic examination, or when the apnea test cannot be performed, ancillary tests can help confirm (or disconfirm) a diagnosis of brain death. EEG, nuclear scan, transcranial ultrasound, CT angiography, digital subtraction angiography, and MRI/A can all be used in adults as ancillary tests. They are not required for the diagnosis of brain death, and cannot replace a neurologic examination.1

Although there is widespread agreement about the legal status of brain death, there are reasons to question whether loss of all clinical functions of the brain is biologically or philosophically equivalent to death.3,4,5

It’s tempting to claim that brain death is biologically and philosophically the same as death (BD = D) because the ventilator is the only reason the lungs and heart continue to work. But there are fully conscious patients (e.g. those with severe cervical spinal cord injuries) for whom this same statement is true — and no one would think of calling them dead just because their heart and lungs are working artificially.

Another tempting claim is that BD = D because the BD patient is permanently unconscious. Many people might be ready to agree that permanent unconsciousness is as good as death, but “BD is as good as D” is not the same claim as BD = D. It’s pretty clear that permanent unconsciousness alone isn’t sufficient to define biological death, because if it were, we’d view patients in a permanent vegetative state dead as well. (Vegetative patients retain at least some brainstem reflexes and thus don’t meet the formal/legal criteria for BD.)

The defender of the claim BD = D also has to deal with some uncomfortable observations about the biological status of the BD patient. With modern medicine, the BD patient’s digestion and excretion, temperature control, wound healing and infection-fighting all continue happily along — even for years — as long as the ventilator is maintained, and meticulous nursing care is provided. There are even cases of pregnant women becoming brain-dead during pregnancy, and then carrying a healthy baby to full term. It is difficult, and perhaps impossible, to fully reconcile most definitions of biological death with these observations.

The controversy about the philosophical and biological status of BD is more complex than this, and it’s not possible to do justice to the two sides of the debate here. But the fact that controversy persists, more than 40 years after the concept of brain death was first formally proposed, is enough to suggest that the biological and philosophical status of brain death is at least open to intellectually respectable debate.6, 7 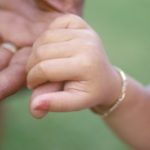