Patients who stutter have elevated R2* in the left putamen and connected frontal cortical regions, which likely reflects increased iron concentrations, compared with individuals who do not stutter, according study findings published in Brain.

Researchers noted there is strong theoretical evidence that basal ganglia dysfunction is implicated in developmental stuttering. This theory originates from the observed shared motor characteristics with Parkinson disease and dystonia – basal ganglia disorders – along with changes in fluency related to dopaminergic medication or deep brain stimulation. However, there is currently no imaging evidence to support or refute this theory.

The objective of the current study was to scan the brains of individuals who stutter, compare them with age- and gender-matched individuals who do not stutter, using multi-parameter mapping. This mapping produces semi-quantitative whole-brain maps of R1, MTsat, and R2*. Stuttering severity was assessed with the Stuttering Severity Instrument-Fourth Edition.

The analysis was based on multi-parameter maps from 73 participants—41 individuals who stutter (median age, 31.2 years; 9 women) and 32 individuals who were typically fluent (median, 28.6 years; 9 women). Participants who stutter and those who were fluent did not differ in whole-brain volume or values averaged across all voxels in the gray and white tissue maps of R1, MTsat and R2*.

In whole-brain voxel-wise analysis of the quantitative maps, significantly higher gray matter R2* was observed in participants who stutter compared with individuals who were generally fluent subcortically in the left putamen and cortically mainly in the left frontal lobe, including the frontal opercular cortex extending to the anterior insula; the inferior frontal gyrus (pars opercularis) and posterior extent of the inferior frontal sulcus; and ventral precentral gyrus corresponding with the level of the representation of tongue movements.

A significant linear increase in R2* was found with age in all regions but did not differ between the 2 groups of participants.

“Our results provide evidence of microstructural differences in those who stutter consistent with theoretical accounts of developmental stuttering that implicate dysfunction in cortico-basal ganglia-thalamocortical loops through the putamen,” stated the researchers. “Further work is needed to link R2* differences to genetic profiles associated with developmental stuttering, to increased dopamine or lysosomal dysfunction, or to another neurobiological function that could point toward effective therapies for those who want them.” 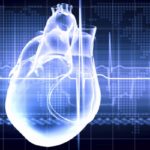