Emerging data has suggested the potential for at least partial recovery from extended coma, bringing with it a long list of medical, legal, and ethical considerations before any real research dollars can be committed.

Neurological interventions for coma have included primarily deep brain stimulation (DBS), which has shown little conclusive evidence of benefit. More recently, however, the more promising idea of vagus nerve stimulation (VNS) was explored by a group of investigators from multiple institutions in France.1

A 2017 open letter in Current Biology Magazine by a Corrazol, et al1 reported that VNS may restore consciousness in patients who have spent years in a persistent vegetative state (PVS), “thus challenging the belief that disorders of consciousness persisting after 12 months are irreversible.” The letter presents a single case of a 35-year-old man who underwent VNS for PVS 15 years after his initial traumatic brain injury. The procedure involved gradual increases of the implanted vagal nerve stimulator to 1.5 mA over a period of 6 months. Coma Recovery Scale-Revised (CRS-R) scores improved with increased VNS intensity, from 5 at baseline to 10 at 1.00-1.25 mA, which the investigators claimed indicated a transition from a PVS to a minimally conscious state (MCS), although the patient did not achieve any new level of function. They concluded that VNS in this patient appeared to “promote the spread of cortical signals and caused an increase in metabolic activity leading to behavioral improvement as measured by the CRS-R scale and as reported by clinicians and family members.”

This pilot study challenged several important constructs in the current thinking of coma by presenting the potential for future recovery. More specifically, the possibility that a PVS lasting beyond 1 year may be reversible has opened new ethical challenges that have not yet been addressed:

Investigation of DBS for coma arousal has been conducted for more than 50 years with no consistent validation of the benefits from both restoring consciousness and communication.2 A 2017 review by Vanhoecke and Hariz 2  also found that many of these studies presented ethical challenges in their administration that suggested more harm than good by creating a “self-awareness paradox,” in which upon awakening, a patient becomes aware of the limitations imposed by incomplete recovery from the initial injury.

An Evolving Definition of Coma

The question of arousal from a vegetative state now demands a more functional definition of coma than the relatively nebulous and confused definitions that have persisted in the literature, which often fail to adequately distinguish between “wakefulness” and “awareness.” The investigators specified that both states are required for consciousness and conversely that both are absent in coma. Intermittent wakefulness — in which the eyes may be open — was long thought to be related to the normal circadian sleep-wake cycles, although actigraphic and electrophysiographic responses have since demonstrated an absence of normal circadian rhythms in coma.2

A “persistent vegetative state” now denotes a coma lasting more than 3 months following anoxia and more than 1 year following traumatic brain injury.2,3 This is clearly distinct from a vegetative state of shorter duration, as well as from a minimally conscious state (MCS), in which both wakefulness and awareness may be noted to a degree at which a person can respond meaningfully to a stimulus but is unable to consistently maintain this state.

Very recent advances in neuroimaging technology have provided opportunities to study the injured brain during states of prolonged loss of consciousness including PVS and MCS, but this proposal has also opened medical ethics discussions regarding when and why this should be done.4 Patients in a comatose state cannot give informed consent for participation in clinical trials and so the health proxy is invoked, which may not fully represent a patient’s wishes.

In a recent commentary published in the Lancet, Cabrera and Illes5 discussed the many implications of successful brain-based interventions that could restore consciousness, particularly in light of the limited treatments for the neurologic consequences of recovery from coma. “To what extent might these interventions potentially unleash neurobiologically suppressed thought or self-awareness, but leave the patient disabled and burdened with a substantial impairment?” they wrote, suggesting that goals of therapy for coma recovery need to aim at restoration of self-determination and the ability to communicate in addition to consciousness, and to provide reasonable therapeutic strategies to allow patient interaction with their environment. The investigators raised concerns about the psychological impact of such interventions, and further suggested that patients need to retain the right to refuse continued treatment and to engage support for end-of-life considerations.

These issues are compounded by the lack of real understanding of the mechanisms of consciousness and the potential consequences of awakening on quality of life over the longer-term, which provide the basis for such decisions. The quality-of-life vs death dilemma for clinicians has become extended into a much more subtle realm, in which clear-cut decisions about whether or not to continue care or to let the hope for recovery go are no longer possible. 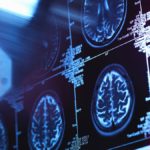