Researchers were unable to identify the cause behind numerous cases of polio-like acute flaccid myelitis that occurred from 2012 through 2015 in California. The rare but distinct syndrome, which primarily affected people under the age of 21, showed evidence of spinal motor neuron involvement and are similar to cases reported in Colorado during the same time frame.

After 3 reports of acute flaccid paralysis were reported to the California Department of Public Health (CDPH) in 2012, the agency decided to begin an enhanced surveillance program to identify and characterize similar cases in order to try to identify disease etiology. The results of the program were published in JAMA.

During initial hospitalization, 42 patients from the current study received intravenous steroids; 43 received intravenous immunoglobulin; and 13 received plasma exchange, or a combination of all 3 treatments. Forty-five patients were available for follow-up, of whom 38 had persistent weakness a median follow-up of 9 months. Two immunocompromised adult patients died within 60 days of symptom onset.

Notably, the incidence of cases was significantly higher during a national outbreak of enterovirus D68 between August 2014 through January 2015. Health officials from the CDC and the Colorado Department of Public Health and Environment noted a similar relationship between an acute neurological illness and enterovirus D68 in the fall of 2014. Researchers from the Children’s Hospital of Colorado published their findings in The Lancet in February 2015, suggesting that the cases of paralysis were in some way linked to the enterovirus outbreak.

“The etiology of acute flaccid myelitis cases in our series remains undetermined. Although the syndrome described is largely indistinguishable from poliomyelitis on clinical grounds, epidemiological and laboratory studies have effectively excluded poliovirus as an etiology,” the authors wrote. “… ongoing surveillance efforts are required to understand the full and potentially evolving levels of infectious agent-associated morbidity and mortality.” 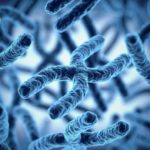 Trisomy of RCAN1 Disrupts Peripheral Nervous System in Down Syndrome