HealthDay News — Cancer survivors who received a platinum alone, a taxane alone, or a platinum- and taxane-containing regimen have similar rates of hearing loss and tinnitus, according to a study published online July 27 in BMJ Supportive & Palliative Care.

Steven W. Cheung, M.D., from the School of Medicine at the University of California in San Francisco, and colleagues examined the differences in occurrence rates and effects of hearing loss and tinnitus among 273 adult cancer survivors treated for breast, gastrointestinal, gynecologic, or lung cancer who received a platinum alone, a taxane alone, or a platinum- and taxane-containing regimen.

“The findings from this study demonstrate that similar occurrence rates and impact exist for hearing loss and tinnitus across regimens that use only platinum, only taxanes, or combinations of the two drugs for some of the most common solid tumors,” the authors write. “Given the paucity of research on the mechanisms that underlie chemotherapy-induced ototoxicity, our findings suggest that common underlying mechanisms for both hearing loss and tinnitus warrant evaluation in preclinical and clinical studies.” 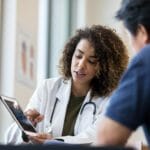