The use of guideline recommendations from the Infectious Disease Society of America (IDSA) for neuroimaging in the management of community-acquired bacterial meningitis is most likely to result in detection of major head computed tomography (CT) scan findings that subsequently affect clinical management, according to findings presented at the IDWeek 2019, held October 2 to October 6, 2019, in Washington, DC.

Numerous guideline recommendations pertaining to the use of cranial imaging before lumbar puncture in adults with suspected meningitis are available. This study aimed to compare the utility of the 4 main guidelines — IDSA, European Society for Clinical Microbiology and Infectious Diseases, United Kingdom and Sweden — in detecting major head CT scan findings that influenced clinical management in adults with community-acquired bacterial meningitis.

This retrospective observational study included 111 adults aged >17 years who were admitted to tertiary care hospitals in Houston, Texas, for bacterial meningitis between December 2004 and March 2016. Investigators stratified findings from CT scans as major or minor based on their inclusion status within the 4 guidelines.

Of the included patients, 34% (n=38) were found to have minor findings on CT scans of the head (small ischemic white matter changes, lacunar strokes) and 15% (n=17) had major findings (hydrocephalus, subarachnoid hemorrhage or interventricular hemorrhage, cerebral edema, pneumocephalus, ventriculomegaly, septic embolus, hindbrain herniation, and temporal lobe encephalitis). Among those with major findings, 6 had a resulting change in clinical management.

A comparison of the 4 guidelines found that those set forth by the IDSA captured 100% of patients with major CT scan findings and 100% of cases that resulted in a change in clinical management. Guidelines issued by the United Kingdom, European Society for Clinical Microbiology and Infectious Diseases, and Sweden identified 82.4%, 76.5%, and 23.5% of major brain CT scan findings, respectively, and 83.3%, 66.7%, and 16.7% of major findings that resulted in changed management, respectively.

Researchers concluded that of the guidelines studied, IDSA recommendations were most inclusive for “cranial imaging that would have detected all major abnormal brain CT findings” and most likely to include “cranial imaging that resulted in significant changes in clinical management in adults with community-acquired bacterial meningitis.”

Park N, Hasbun R. Comparison of four recommendations guiding the use of neuroimaging in the management of bacterial meningitis. Presented at: IDWeek 2019; October 2-6, 2019; Washington, DC. Poster 1395. 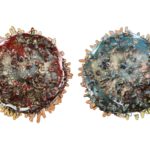