Opioid use disorder is on the rise among women of reproductive age, contributing markedly to the opioid epidemic and increasing the incidence of adverse health outcomes in pregnant women and children. It is estimated that up to 14.4% of pregnant women have opioids dispensed during pregnancy. Perinatal exposure to opioids may have significant immune, neural, and behavioral effects that can alter central nervous system (CNS) development, as well as induce long-term changes in brain structure and function, according to a preclinical animal model study published in Brain, Behavior, and Immunity.

In light of the marked increase in the use of prescription opioids among women of childbearing age, there is evidence for a rapid increase in the rates of opioid use disorder during pregnancy and the risk for neonatal opioid withdrawal syndrome. Opioid exposure includes the use and misuse of various opioids, including oxycodone, morphine, codeine, illicit opioids, and medications used to manage opioid use disorders, such as methadone and buprenorphine.

Limited data are available on the direct effects of perinatal opioid exposure on developing neural circuitry and neurodevelopment outcomes. Because opioids rapidly cross the placenta, perinatal opioids can have a direct impact on the CNS.

The researchers completed a literature review to assess the effects of opioids on the developing brain. They used an animal model that included 200 male and female rat pups; 86 saline-exposed and 114 methadone-exposed offspring were used for outcome measures.

Similar to what was previously observed in human neonates after methadone exposure, rat pups of both sexes born to methadone-exposed mothers with methadone exposure in utero, and continuing through the perinatal and neonatal periods, had significantly reduced body weight. Methadone concentration in the urine also increased proportionally to maternal dose.

Methadone was found to induce systemic inflammatory response syndrome that persisted for weeks postnatally, with evidence for increased inflammatory proinflammatory cytokines in peripheral circulation, including a 19-fold (1954%) increase in interleukin (IL)-1β, 36% increase in tumor necrosis factor (TNF)-α, and more than 2-fold (225%) increase in IL-6 at approximately 17 days of methadone exposure. Although at a later time point there was no difference in TNFα, IL-6, and CXCL1, levels of IL-1β remained significantly increased (188%), compared with the saline-exposed pups.

After the data pointed to structural and microstructural brain injury, the researchers used a touchscreen operant platform to assess cognition and executive function. Methadone exposure during the perinatal period was associated with widespread associative learning and executive control dysfunction among adult rats. Importantly, these impairments were not secondary to sensorimotor-related problems or lack of motivation, as the data showed normal response reaction times and reward retrieval latencies.

The researchers acknowledged several study limitations, including lack of power to assess for sex differences in outcome measures and limitations secondary to the use of an ELISA kit to perform urinalysis for methadone levels.

“We provide evidence that methadone exposure in the perinatal period leads to a unique immune, neural and behavioral phenotype, associated with a systemic pro-inflammatory signature indicative of widespread brain and immune system injury. This signature reflects a significantly altered cerebral and immune microenvironment concomitant with dysregulated developmental homeostasis in the perinatal period,” concluded the researchers. 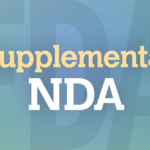