4CMedB, a new multi-antigen vaccine designed to control group B meningococcal disease, had no effect on carriage of disease-causing meningococci in adolescents, according to study results published in the New England Journal of Medicine.

Neisseria meningitidis causes invasive meningococcal disease that contributes to disease and death worldwide as a result of difficulties in early diagnosis, a rapid clinical progression, and a high case fatality rate. The most important meningococcal disease-associated capsular groups include A, B, C, W, X, and Y, with group B predominating in many high-income countries. Because infants and adolescents are especially at risk for meningitis, many countries are considering implementing meningococcal B vaccine programs.

In the United Kingdom, a program involving the administration of a 2-dose priming schedule, with a booster at 1 year, of the 4CMenB vaccine to infants was introduced and was shown to protect infants and toddlers for roughly 2 years. Because exposure to N meningitidis is common, there is asymptomatic pharyngeal carriage that may be transient long term. Age can influence carriage, with risk peaking at age 19 years, and is likely the result of the numbers and closeness of social interactions. Reducing carriage prevalence in adolescents could provide indirect protection to unvaccinated persons. However, the relationship between carriage and risk for meningococcal disease remains not fully understood.

Therefore, this cluster-randomized controlled trial examined the effect of 4CMedB on the carriage of disease-causing meningococci in adolescent students to inform the design of meningococcal vaccine programs and assess cost-effectiveness globally (ClinicalTrials.gov identifier: NCT03089086).

In total, 237 secondary school in South Australia participated, which included 34,489 students in years 10, 11, or 12 (24,269 students from years 10 and 11 contributed data for the primary outcome analysis; 10,220 students in year 12 contributed to the analysis of risk factors for carriage). Schools were randomly assigned to the intervention group (n=12,746) or the control group (n=11,523). Students in the intervention group received 2 doses of 4CMenB 2 months apart; students in the control group received 4CMen B vaccination after the 12-month oropharyngeal swab. The primary outcome was the prevalence of carriage of any disease-causing genogroup of N meningitidis (A, B, C, W, X, or Y) at 12 months. Secondary outcomes included the prevalence of carriage at 12 months of each individual genogroup and of any N meningitidis and the acquisition of carriage of disease-causing genogroups. In addition, characteristics associated with baseline carriage of disease-causing genogroups and any N meningitidis were identified.

As a result of withdrawal and being lost to follow-up, 87.0% of students had data available for the primary outcome. Comparing the intervention group with the placebo group, results showed no difference in the prevalence of carriage of disease causing N meningitidis at 12 months (2.55% vs 2.52%, respectively; adjusted odds ratio [aOR], 1.82; P =.85). Similarly, there were no significant differences in the secondary carriage outcomes; however, in a post hoc analysis, the risk for nongroupable N meningitidis was 29% lower in the intervention group than the placebo group (1.65% vs 2.23%; aOR, 0.71). The risk factors for carriage of disease-causing N meningitidis at baseline included later year of schooling (aOR for year 12 vs year 10, 2.75), cigarette smoking (aOR, 1.91), water-pipe smoking (aOR, 1.82), intimate kissing (aOR, 1.65), attending pubs or clubs (aOR, 1.54), and current upper respiratory tract infection (aOR, 1.35). No safety concerns of this vaccine arose during the study.

Overall, the study authors concluded that, “Among Australian adolescents, the 4CMenB vaccine had no discernible effect on the carriage of disease-causing meningococci, including group B.”

Disclosure: This clinical trial was supported by GlaxoSmithKline. Please see the original reference for a full list of authors’ disclosures 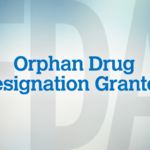