A whole-brain white matter fractional anisotropy (WWM-FA) value of <0.91, as quantified by diffusion tensor imaging (DTI), is an accurate predictor of 6-month neurological outcome in patients who are unconscious for 1 week following cardiac arrest, according to findings from a prospective, observational study published in Lancet Neurology.

Investigators enrolled 150 patients with an interpretable multimodal magnetic resonance imaging (MRI) scan, all of whom had been unconscious for ≥7 days following cardiac arrest. In 1 year, a validation cohort (n=50) including similar patients was recruited. The investigators used DTI to measure WWM-FA and compared these values with criteria for unfavorable outcome, proton magnetic resonance spectroscopy, and MRI sequences (eg, fluid-attenuated inversion recovery and diffusion-weighted imaging). Primary outcome was comprised of the 6-month achievement of the best Glasgow-Pittsburgh Cerebral Performance Categories (CPC), distinguished between favorable (CPC 1-2) and unfavorable neurological outcomes (CPC 3-5).

At 6 months, a total of 33 patients (22%) who were unconscious after cardiac arrest demonstrated a favorable neurological outcome. A normalized WWM-FA value demonstrated the greatest prognostic accuracy compared with MRI sequences or standard criteria for unfavorable neurological outcome (area under the receiver operating characteristic curve 0.95; 95% CI, 0.91-0.98).

The validation cohort appeared to verify the prognostic accuracy of WWM-FA for predicting neurological outcome in patients who were unconscious after cardiac arrest. In this cohort, there was a positive predictive value of 100% (95% CI, 90.0-100) for a normalized, optimal cut-off WWM-FA value of <0.91. In addition, there was 89.7% sensitivity (95% CI, 75.8-97.1) and 100% specificity (95% CI, 69.1-100) for predicting an unfavorable neurological outcome with this WWM-FA value.

Considering that the validation and derivation cohorts were consecutive, it’s possible that the findings could be reflective of a change in clinical care that may have occurred during either study period.

In addition to potentially improving late awakeners’ diagnoses in cardiac arrest survivors who are unresponsive to simple orders following 7 days, the findings also “support the use of quantitative MRI (DTI) for proxy information and management of care withdrawal decisions in this selected population of patients with cardiac arrest.” 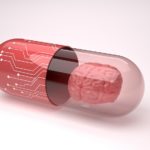 Navigating the Ethics of Agents for Pharmacological Cognitive Enhancement