HealthDay News — Some models for predicting brain amyloidosis are affected by race and may not provide consistent results across racial groups, according to a study published online April 21 in Neurology.

The researchers found that compared with non-Hispanic Whites, African Americans were less likely to have brain amyloidosis by cerebrospinal fluid (CSF) Aβ42/Aβ40 (22 versus 43% positive). Models predicting CSF Aβ42/Aβ40 status based on plasma biomarker levels had areas under the receiver operating characteristic curve of 0.86 for Aβ42/Aβ40, 0.76 for p-tau181, 0.69 for p-tau231, and 0.64 for neurofilament light chain (NfL). In models predicting CSF Aβ42/Aβ40 status with plasma Aβ42/Aβ40, which included age, sex, APOE ε4 carrier status, race, and cognitive status as covariates, the probability of CSF Aβ42/Aβ40 positivity was not affected by race. African Americans had a lower probability of CSF Aβ42/Aβ40 positivity in similar models based on plasma p-tau181, p-tau231, and NfL (odds ratios, 0.31, 0.30, and 0.27, respectively). Similar findings were seen in models of amyloid positron emission tomography status.

“Rather than trying to adjust for race in some way, it would be better to use tests that perform equally well in all individuals,” Schindler said in a statement. 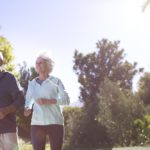