Researchers have identified a positive correlation between thinning central corneas and optic nerve strain rate (ONSR), as well as orbital fat strain rate (OFSR), according to a study published in International Ophthalmology.

“This was the first study evaluating the relationship between CCT and optic nerve elasticity.” the study says. Through a prospective study of patients in Turkey, researchers sought to evaluate how  glaucoma and  changes to the CCT, a known risk factor for glaucoma, changes could affect optic nerve head biomechanics. Investigators conducted a record review of patients with primary open-angle glaucoma and patients with CCT less than 510 µm and greater than 570 µm. Volunteers who applied to the clinic but had no ocular disorders were included as a control group.

Study limitations include differences in the mean ages of each group, as well as the use of strain elastography techniques that are not eye-specific and may lead to variable results. Additionally, the investigators noted that CCT may not be sensitive enough to measure the mechanical properties of optic nerves.

“The usefulness of [optic nerve head] elastography techniques for understanding glaucoma and its risk factors should be investigated on [a] larger and more homogenous patient series,” the research suggests. 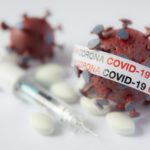