Lipophilic angiotensin-converting enzyme (ACE) inhibitors and angiotensin receptor blockers (ARBs) may effectively reduce migraine frequency, although these agents should not be used as first-line prophylactic treatment, according to a systematic review published in Current Pain and Headache Reports.

The researchers searched PubMed, MEDLINE, Embase, and the Cochrane Library from January 1990 through December 2017 for randomized controlled trials (RCTs), systemic reviews, and open-label studies in which the efficacy of ACE inhibitors and ARBs was examined for the prevention of migraine attacks in adults aged 18 to 70 years.

A total of 18 articles — 10 RCTs and 8 open-label trials, meta-analyses, or guidelines — were selected for analysis. The researchers excluded 5 RCTs and 6 other studies in which participants <18 years or without migraine were enrolled or in which the acute rather than preventive effect of the drug was examined. The final analysis included 3 RCTs examining the effects of telmisartan 80 mg, candesartan 16 mg, and enalapril 10 mg, and 2 open-label trials on lisinopril 5 mg and ramipril 5 mg.

The analysis indicated that the use of ACE inhibitors and ARBs resulted in a high number of participants with ≥50% reduction in migraine attack frequency compared with baseline but not with placebo, with the exception of candesartan 16 mg.

”Based on studies performed within the last 10 years, the evidence does not support using ACE inhibitors or ARB as first-line prophylactic agents in migraine for all patients. However, in populations with co-morbidities such as hypertension or high risk of side effects, these agents may be useful as first- or second-line preventatives. Telmisartan and candesartan, in particular, due to their lipophilicity, deserve more study,” concluded the review authors. 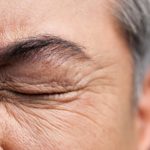