Compared with healthy control participants, pediatric patients with chronic migraine (CM) report a higher rate of depression, according to study findings published in Pediatric Neurology. Researchers suggested that clinicians should consider including therapy in first-line interventions to reduce depression and improve coping strategies for the management of pediatric CM.

Data for this study were obtained from a parent study that examined functional connectivity in children (age range, 12-17 years) with migraine. In total, the sample included 23 children (22 girls) with CM and 17 children (9 girls) without a medical illness. Researchers estimated the general intelligence of study participants using the Wechsler Abbreviated Scale of Intelligence, depression by the self-reported Child Behavior Checklist (CBCL) and the Children’s Depression Inventory (CDI-2), and memory using the California Verbal Learning Test (CVLT).

Study limitations included the fact that the 2 groups differed by biological sex, the small sample sizes, and the lack of consideration for confounding variables during the assessment.

Researchers suggest that physicians should consider how depression “symptoms are measured and the [effect] that mental health may have on symptom appraisals when developing treatment plans” for children with CM.

Depression Migraine Pediatrics
Next post in Migraine and Headache 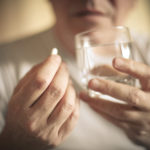 Opioid Use Not Uncommon Among Individuals With Migraine