Erenumab, a fully human monoclonal antibody that blocks calcitonin gene-related peptide (CGRP) approved for migraine prevention, does not increase the risk for cardiovascular, cerebrovascular, or peripheral vascular disease, according to study results published in Neurology.

As patients with migraine may have an increased risk for vascular events, and inhibition of CGRP may interfere with vasodilatory pathways during ischemia, the goal of this study was to assess the vascular safety of erenumab, including the risk for cardiovascular, cerebrovascular, and peripheral vascular disease.

The researchers identified 18 patients with AEs that fulfilled criteria for adjudication, of which 4 were positively adjudicated as cardiovascular in origin. These AEs all occurred during open-label erenumab treatment, and the investigators concluded that they were not related to erenumab treatment.

The study had several limitations, according to the researchers, including the exclusion of patients with major vascular events within 12 months before each study, no placebo comparator group available for the longer-term safety data, and inclusion of only 4 vascular events.

“In this integrated analysis, erenumab had a vascular safety profile comparable to that of placebo over 12 weeks, and the overall safety profiles for erenumab and placebo were similar regardless of whether patients also used an acute migraine-specific medication or had risk factors for vascular events,” concluded the researchers.

Disclosure: This clinical trial was supported by Amgen Inc. and Novartis. Please see the original reference for a full list of authors’ disclosures.

Headache Migraine Vascular Neurology
Next post in Migraine and Headache 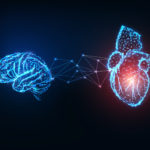