Two new prescription devices approved by the US Food and Drug Administration (FDA) may provide some relief for people with migraine headaches who don’t tolerate migraine medications well. One device — the Cefaly — is designed to prevent migraines, while the other device — the Cerena — is meant to be used when migraines first start, according to an FDA news release. 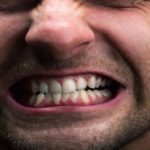