The Food and Drug Administration (FDA) has issued a complete response letter (CRL) to Zosano Pharma regarding the New Drug Application (NDA) for Qtrypta™ (zolmitriptan transdermal microneedle system) for the acute treatment of migraine.

Qtrypta delivers zolmitriptan, a selective 5-HT1B/1D receptor agonist, using the Company’s proprietary Adhesive Dermally-Applied Microarray (ADAM) technology that consists of a drug-coated microneedle patch. The drug-coated microneedles penetrate into the epidermis and dermis where the drug dissolves and enters the bloodstream. The NDA included data from 5 clinical trials, including the phase 2/3 ZOTRIP study that evaluated the efficacy and safety of Qtrypta in 333 patients for the acute treatment of migraine.

In the CRL, the FDA noted inconsistent zolmitriptan exposure levels observed across clinical pharmacology studies. In particular, the FDA cited differences in zolmitriptan exposures between patients “receiving different lots of Qtrypta in the Company’s trials and inadequate pharmacokinetic bridging between the lots that made interpretation of some safety data unclear.” Additionally, high plasma concentrations of zolmitriptan were observed in 5 study participants enrolled in the pharmacokinetics studies.

To address these issues, the Agency recommended that a repeat bioequivalence study be conducted between 3 of the lots used during development. Moreover, additional product quality validation data, as well as an inspection of the manufacturing facilities, would be required prior to NDA resubmission.

“We expect that the Type A meeting with the FDA will provide clarity on the next steps for the program, which we will communicate once solidified,” said Steven Lo, president and chief executive of Zosano. 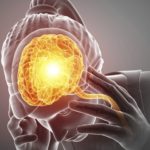