Migraine may be associated with self-reported attention deficit and hyperactivity disorder (ADHD) symptoms in university students, according to a study published in Cephalalgia.

Study participants (n=4816; mean age, 20.3±2.8) were students in French-speaking universities and higher-education institutions and were part of the internet-based Students Health Research Enterprise project. Participants were asked to complete the 6-item Adult ADHD Self-Report Scale (ASRS-v1.1) to assess the presence of ADHD symptoms in the previous 6 months. Scores were built for each question and assigned a point value based on symptom prevalence. Standardized questions were created to define headache and classify participants as having no headache, non-migraine headache, migraine without aura, or migraine with aura.

Associations between global ADHD scores and migraine incidence were established. Participants in the highest vs lowest quintile of global ASRS-v1.1 scores were found to have a higher risk for migraine (adjusted odds ratio [aOR], 1.95; 95% CI, 1.56-2.45). The association between migraine and self-reported ADHD symptoms was driven mainly by the association between hyperactivity and migraine with aura. In students in the highest quintile of hyperactivity, the aOR for migraine with aura was 2.83 (95% CI, 2.23–3.61). No association was established between any attention and hyperactivity symptom level measure and non-migraine headache or between self-perceived attention deficit symptoms and migraine.

Study limitations include its cross-sectional nature and the reliance on self-reported measures of ADHD symptoms.

“Future studies are warranted to investigate the mechanisms underlying these associations and to evaluate whether both attention deficit and hyperactivity symptoms and migraine have an impact on academic performance, and how to prevent such [an] impact,” noted the study authors. 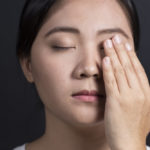