Migraine attacks are associated with increases in ventricular repolarization parameters, including QT and corrected QT (QTc) intervals, T-wave peak-to-end interval (Tp-e interval), and the Tp-e/QT ratio compared with attack-free periods, according to a new study published in the Journal of Electrocardiology. These repolarization parameters may be useful in identifying people with migraine who are at risk for cardiac arrhythmias, including malignant ventricular arrhythmias.

In this cross-sectional observational study, 63 patients with a diagnosis of migraine without cardiovascular involvement (54 women; mean age, 33.3 ± 9.9 years) were enrolled. All participants reported irregular use of medications for migraine. The patients underwent 12‐lead electrocardiography (ECG) assessment within the first hour of migraine onset as well as ≥24 hours of a migraine attack-free period. Researchers collected data on QT and QTc intervals, Tp-e interval, and Tp-e/QT ratio.

Limitations of the study included its observational nature, the small number of patients, analytic discrepancies among the analyzers exceeding 20 msec, resulting in the exclusion of patient data from the study, and the design of the study, which did not allow researchers to document the presence of ventricular arrhythmias by performing Holter ECG.

“Considering the prognostic significance of the Tp-e interval and Tp-e/QT ratio, it is necessary to closely monitor patients with migraine for adverse cardiovascular outcomes,” the researchers wrote. “In addition, because sumatriptan use is common among patients with migraine who are at a risk of ventricular arrhythmias, control ECG should be performed in patients taking triptan group medications.” 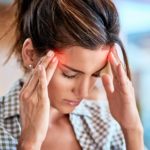