Migraine is a disease that affects a great amount of people through all stages of life, placing an extensive burden on quality of life and productivity. In fact, some estimates have found it to be more widespread than asthma and diabetes combined. Despite its prevalence, there has not been a tremendous amount of new developments for the acute or preventive treatment of migraine.  There are some prospective treatments in the pipeline, including c-GRP receptor antagonists, however, these treatments are far from market-ready.

Still, there is an abundance of research taking place to help identify optimal treatment and preventive strategies, and ultimately a cure for migraine headache.

In the September issue of Annals of Neurology, researchers from Beth Israel Deaconess Medical Center published an article about a possible new treatment for episodic migraine. They conducted a randomized, double-blind, placebo-controlled trial with a 24-week intervention period to assess the use of simvastatin and Vitamin D3 1000 IU for the treatment of episodic migraine. The study included adult patients with episodic migraine or those with headaches 4-5 days out of the month and excluded patients with heart disease, diabetes, and contraindications to simvastatin. Patients who qualified for the study were given either simvastatin 20 mg twice per day with vitamin D3 1000 UI or placebo, in addition to continuing their current medications — even those for migraine. A total of 52 patients completed the study, which showed that those who received simvastatin and vitamin D3 had a significant decrease in the number of migraine days compared to the group who received placebo. This may be a potential new preventive for patients who are having between 4-5 headaches days in 1 month.1

Taking a more holistic approach, a pilot study published in the Journal of Neurology assessed the efficacy of cognitive behavioral therapy and relaxation for migraine. The randomized controlled trial included adult patients who had more than 3 headaches days per month. The participants were assigned to either a combination of cognitive behavioral therapy and relaxation or standard medical care over 5 weeks with follow-up after 4 months. Being the first randomized trial of its kind in the U.K., the researchers determined that participants showed good treatment adherence, with 72% of participants randomized to treatment attending all sessions. The researchers now plan to expand on this pilot study in order to determine if this may be a good plan for the treatment of migraine in the future.2

Another article published in Headache examined the effects of onabotulinumtoxinA on depression when used as a treatment for the prevention of chronic migraine. The retrospective study evaluated patient reported outcomes before and after at least 2 sessions of onabotulinumtoxinA (onabot) injections. The researchers reviewed 429 patients who received the injections from 2010 to 2014. They found that 127 patients who had completed a patient health questionnaire-9 (PHQ-9) showed improvement in their depression scores while Headache Impact Test (HIT6) scores also improved significantly. As a result, the researchers surmised that onabot injections, in addition to helping with chronic migraine, improved scores on indicators of depression. However, it is not clear from this study whether the impact was due to the fact that patients’ headaches were also improved or if this is an independent finding.3

Headache Migraine Pain
Next post in Migraine and Headache 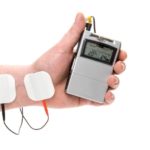