Findings from a study published in Neurology suggest that migraine with visual aura may increase the long-term risk for incident atrial fibrillation (AF) in older adults and men.

The analysis was based on a cohort of the longitudinal, community-based Atherosclerosis Risk in Communities study, which was established in 1987. Patients in the study were interviewed for migraine history between 1993 and 1995 and had follow-up data assessed for incident AF through the year 2013. To adjudicate AF, researchers used electrocardiograms (ECGs), discharge codes, and death certificates. Researchers analyzed the association between migraine and its various subtypes with incident AF compared with headache-free controls. The final cohort included patients without prior AF or stroke who reported migraines with visual aura (n=426), migraine without visual aura (n=1090), non-migraine headache (n=1018), and no headache (n=9405).

The possibility of unmeasured confounders and the strict criteria used to define migraine represent potential limitations of the analysis.

The researchers suggest that a randomized trial “may help ascertain whether patients with migraine with visual aura may benefit from AF detection and subsequent anticoagulation or antiplatelet therapy as a primary stroke prevention strategy.” 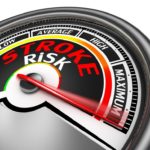