Individuals taking certain prophylactic migraine treatments were found to be at increased risk for cardiovascular and cerebrovascular events, according to study results published in Cephalalgia. However, study authors hypothesized that these medications may represent markers rather than risk factors for such events.

Study participants with migraine were identified from a United States administrative claims database between 2010 and 2015 (n=119,243; age 18 to 65 years). The researchers identified patients who initiated topiramate during follow-up and propensity score-matched them separately with patients who initiated anticonvulsant medications, cardiovascular treatment, antidepressants, and other prophylactic treatments.

Incident outcomes were identified and hazard ratios (HRs) calculated, comparing outcome occurrence in participants who initiated topiramate relative to each comparator. They nested a case-control analysis within the full migraine cohort and used odds ratios (ORs) to quantify the association between outcomes and use/non-use of individual prophylactic treatments.

In the case-control analysis, there were increased risks for cardiovascular events, cerebrovascular events, and mortality in patients exposed to anticonvulsants, serotonin/norepinephrine reuptake inhibitors, beta-blockers, antihypertensive agents, tricyclic antidepressants, and other prophylactic treatments, with ORs ranging from 1.54 to 7.90. 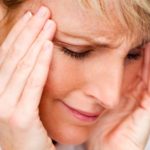