HealthDay News — A procedure that delivers lidocaine to nerves in the back of the nasal cavity may offer significant relief of migraine pain, according to a study scheduled to be presented at the annual meeting of the Society of Interventional Radiology in Atlanta.

Kenneth Mandato, MD, a vascular and interventional radiologist at the Albany Medical Center in New York, and colleagues focused on 112 patients averaging about 45 years of age. All had been diagnosed with either migraines or cluster headaches. Before participating in the study, patients were asked to indicate their pain levels according to a standardized scale from one to 10. Pre-treatment pain scores averaged more than eight, Mandato told HealthDay.

The participants all underwent a session of “image-guided therapy,” in which a catheter was inserted through a nostril and into the nasal passage to deliver a dose of lidocaine to the sphenopalatine ganglion. This was then repeated in the opposite nostril. Mandato stressed that no one in the study required sedation to undergo the procedure.

The researchers acknowledged that this procedure is a temporary solution that would need to be repeated. Mandato said his team is continuing to monitor patients to see how well the nasal spray approach holds up six months out.

Cluster Headache Headache Migraine
Next post in Migraine and Headache 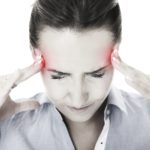