Psychiatric ward admission, recurrent depression, cohabitation, and migraine are some of the risk factors strongly associated with treatment-resistant depression, according to a recent study published in the Journal of Affective Disorders.

Study limitations included not having access to information on drug use during hospitalization, and not having a more precise assessment of severity (the investigators relied on information from registers and shifts in antidepressant treatment).

The study authors concluded that “besides indicators of disease severity, other important risk factors of [treatment-resistant depression] were those related [to] cohabiting with a partner and lost labor market affiliation as well as anxiety, insomnia, migraine, and the use of psychotropic drugs.”

Depression Headache Migraine
Next post in Migraine and Headache 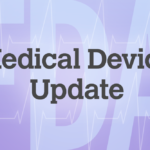