Individuals between the ages of 18 and 75 years who presented to 10 Italian centers with episodic migraine with or without aura were enrolled in the study (N=243 [intention-to-treat population]). After a 4-week observation period that involved standard migraine treatment, study investigators randomly assigned participants in a double-blind fashion to either nVNS (n=120) or sham device (n=123). Treatment lasted for 4 weeks or until 5 attacks had been treated, whichever came first.

Patients self-administered bilateral 120-second stimulations and recorded their pain outcomes in a study diary approximately 15 minutes, 30 minutes, 60 minutes, 120 minutes, 24 hours, and 48 hours after stimulation. The nVNS therapy was administered to all patients during a following 4-week/5-attack open-label study period. Throughout the study, researchers sought differences between nVNS and sham control with regard to achievement of pain-free and pain relief statuses, defined as achieving a score of 0 on a 4-point headache pain scale and a score of 0 or 1 without the need for rescue medication before 120 minutes, respectively.

In addition, the nVNS group experienced significantly greater reductions in pain scores for the first attack and all attacks from baseline to 60 minutes (0.42 vs 0.22, respectively; P =.029). For the first attack, greater reductions in pain scores were also observed for nVNS vs sham (0.62 vs 0.23, respectively; P =.011) from baseline to 120 minutes after treatment. No serious adverse events occurred in either group, and the overall adverse event rate was low. Vertigo was the only adverse device effect reported in >1 patient during the open-label period (n=2).

Limitations of the analysis include the potential placebo effect of sham treatment, the reliance of self-reports for pain reduction, and the relatively small cohort.

According to these findings, the researchers suggested there may be a role of nVNS in treating multiple migraine attacks and stated that nVNS “can be used safely while preserving a patient’s option to use additional acute medications as rescue therapy, thus potentially decreasing the risk of medication overuse.” 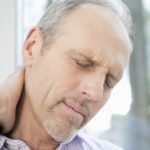