Among the various nonmotor symptoms affecting patients with Parkinson disease (PD), sleep disturbances are estimated to affect 40% to 90% of this population, and a study published in 2020 found that roughly one-half of PD patients had multiple sleep disorders.1,2 Such disturbances in PD encompass a range of disorders of sleep-wake transitioning, including increased sleep latency and fragmentation, as well as parasomnias such as rapid eye movement (REM) sleep behavior disorder (RBD) and restless legs syndrome (RLS).3

These issues can both signify and contribute to disease progression and may emerge prior to the onset of motor symptoms in PD, possibly representing the first prodromal symptom of the disease. However, there is a dearth of effective treatment strategies to address sleep impairment in patients with PD.3

In a review published online in April 2021 in Movement Disorders that examined cortical and subcortical sleep studies in patients with PD, Zahed et al noted significant disruptions in slow-wave sleep and REM sleep.3 Overall, results of polysomnography (PSG) studies have demonstrated reductions in total sleep time and N2, N3, and REM sleep, with the N3 and REM changes appearing to worsen with disease duration. Accordingly, “time spent in N3 and the ability to maintain [non-REM] and REM sleep may be potential biomarkers of PD,” the authors suggested.3,4

Findings from intracranial recordings in PD “implicate deep basal ganglia structures in the physiology of sleep and suggest that many of the canonical oscillatory findings seen with PSG are paralleled subcortically,” they explained. Although substantial research is still needed to elucidate the relationship between sleep and PD, the impact of sleep disturbances on PD may be related to a reduction in the clearance of brain waste via effects on glymphatic fluid transport.3

Effects of DBS on sleep in PD

Sensing-enabled DBS devices and other emerging technologies present the opportunity to vastly improve our understanding of the neurophysiology of sleep dysfunction in PD. Such discoveries could ultimately inform the development of new sleep-modulating strategies, thus improving both motor and nonmotor symptoms in this patient population.3

We recently interviewed Jennifer S Hui, MD, assistant professor of neurology at the Keck School of Medicine at the University of Southern California in Los Angeles, for further discussion regarding sleep impairment in PD.

What is known about the role of sleep disturbances in PD?

Sleep disorders are quite common in PD for numerous potential reasons. PD can be preceded by REM sleep behavior disorder by several years. Patients may have more violent dreams along with dream enactment. This has been observed in PD and other neurodegenerative disorders. If they dream about someone chasing them, they may put their arm up in the dream but also in real life, and they may hit their partner. I’ve also had patients fall out of bed. However, the behaviors aren’t always very prominent or disturbing, and patients often don’t even know they’re doing it.

PD symptoms can reemerge at night as medications wear off. Patients may be awakened by these symptoms, and they may have difficulty going back to sleep. Urinary frequency that is also quite common in this population can reduce sleep quality.

PD medications can cause significant daytime drowsiness and patients may take daytime naps, disturbing their circadian rhythms. Many PD patients have circadian rhythm disorders: They’re up all night and sleep all day.

How are such issues currently addressed in clinical practice?

What are the implications for referral to other specialists?

I sometimes refer patients to a sleep specialist to undergo a sleep study to determine what’s happening overnight. This may identify sleep apnea or RLS, for example.

For psychiatric issues, I would feel comfortable prescribing certain medications such as mirtazapine or trazadone. If the issue persists, however, I’ll refer to a psychiatrist.

What are some of the most critical ongoing needs in this area?

This is such a ubiquitous problem even in the non-PD population. Doctors sometimes don’t ask about sleep and focus more on motor problems, so physician awareness is an ongoing need.

We also need more effective therapies to address these issues. Many of the current psychiatric drugs block dopamine, but there are some newer meds on the horizon for PD that may address some of the psychotic symptoms that can influence sleep. There is a clinical trial underway for an antipsychotic that, like pimavanserin, doesn’t block dopamine and is not expected to worsen PD symptoms (NCT02969369). 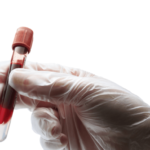