Anticholinergics Have No Effect on Cognition in Parkinson's - Neurology Advisor

Contrary to previous evidence, anticholinergic drugs, frequently used in the elderly to treat conditions such as bladder dysfunction, do not negatively impact cognitive performance of patients with Parkinson’s disease (PD).

David J. Burn, MD, director of the Institute of Neuroscience and professor of movement disorder neurology at Newcastle University, England, and colleagues examined 195 Parkinson’s patients and 54 controls. The Parkinson’s subjects’ medication history, including over-the-counter drugs, was evaluated according to the Anticholinergic Drug Scale (ADS).

Each drug was classified on a scale from 0 to 3 according to no (0), mild (1), moderate (2), or high (3) anticholinergic activity. Usage from baseline to 18-month follow up was used to produce a total burden score. Those with ADS scores greater than or equal to 1 were in the PD+ADS group while those with ADS scores equal to 0 were designated PD-ADS.

There were no differences between the two groups with respect to global cognition or assessments of attention, memory, and executive function at the end of 18 months, the researchers reported in the Journal of Parkinson’s Disease. 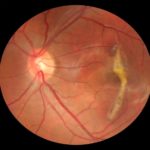