Patients with hepatitis C virus (HCV) who are treated with interferon (IFN)-based antiviral medications have a significantly reduced risk of developing Parkinson disease compared with patients who do not receive this treatment, according to study results published in JAMA Neurology.

The investigators of this population-based cohort study sought to explore the association between IFN-based antiviral therapy and the development of Parkinson disease in patients with chronic HCV infection. The study included 188,152 adults with a new HCV diagnosis, with or without hepatitis, from the Taiwan National Health Insurance Research Database between January 2003 and December 2013.

Researchers categorized participants according to whether they were treated with antiviral therapy or not. They used propensity scores to match participants from the treated (n=39,936) and untreated (n=39,936) groups by age and sex and by confounding covariates. The primary outcome was development of Parkinson disease. Investigators compared risk for Parkinson disease between groups using hazard ratios (HRs) calculated at years 1, 3, and 5 and at the end of the follow-up period. 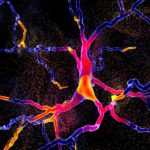