Mutations in the PARK7 gene can lead to a rare and recessive form of early onset Parkinson disease (PD). Typically, patients with PARK7-related early onset PD inherit 1 mutant allele from their mother and father, but findings from a recent case report published in Neurology Genetics described a patient who inherited 2 copies of a chromosome or segments of a chromosome from a single parent. This resulted in uniparental isodisomy (UPD) of chromosome 1.

This case was a 38-year-old woman who was referred for progressive dysphonia, which first arose at 31 years of age. Upon examination, clinicians noted the patient demonstrated asymmetric upper extremity rigidity, micrographia, masked facies, bradykinesia, and a resting tremor consistent with that seen in PD. Additionally, the patient reported mild forgetfulness, inattentiveness, and apathy. She also showed progressive vision loss, which reportedly occurred in her 20s.

Clinicians handling this case ordered a nuclear family single nucleotide polymorphism microarray study. This study found complete UPD of chromosome 1. Ultimately, they determined that the patient inherited 2 identical pathogenic variants of PARK7 from her asymptomatic father. According to findings from genome sequencing, clinicians identified a homozygous truncating PARK7 mutation from her father in addition to homozygosity for a previously reported variant of ABCA4. While the proband’s father was heterozygous for both variants, the mother was not.

Given the rarity of early onset PD associated with PARK7 gene mutations, the underlying mechanisms for which these mutations result in Parkinsonism remain poorly understood. In this case, the variant found in the patient had not been previously reported in the literature, further complicating the understanding of these rare forms of the condition.

The study researchers noted that the mechanism resulting in homozygosity in PARK7 was also responsible for the homozygosity for a pathogenic ABCA4 variant, which supported a Stargardt macular dystrophy diagnosis in this patient.

In their paper, the study investigators explained that disease-specific gene panel testing for either macular dystrophy or PD could identify homozygous changes in PARK7 or ABCA4. “However, to provide full account of the phenotype and fully understand the inheritance mechanism, parental segregation, chromosomal microarray, or genomic sequencing would have been required to provide a unified explanation for her complex presentation,” they concluded. 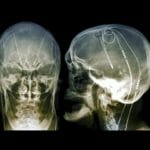