The medial subthalamic nucleus (STN) border may be a more appropriate anatomical reference than the midcommissural point for determining the optimal location for deep brain stimulation (DBS) in patients with Parkinson disease, according to study findings published in the Journal of Neurology, Neurosurgery, and Psychiatry.

According to the investigators, the hotspot was found at 1.7 mm anterior, 2.8 mm lateral, and 2.5 mm superior to the medial STN border. When researchers excluded the optimally responding body sides from the assessment, a similar negative correlation existed (Pearson’s correlation, −0.49; P <.01). No correlation was found when using the midcommissural point as a reference.

The investigators were unable to evaluate the location of stimulation relative to axial motor symptom improvement, as the study was focused on assessing right- and left-sided motor scores separately. In addition, the researchers note that the determination of the precise interrelationship of dorsolateral STN and contact localization was suboptimal because of limitations in magnetic resonance imaging image quality.

When identified, this new reference point appears to be “well feasible at 1.5 T [magnetic resonance imaging,] and therefore readily applicable for all DBS teams.” 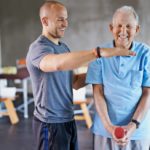